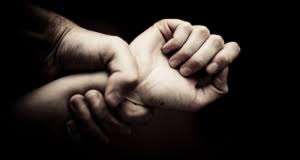 When people hear about domestic violence, they instantly think about specific acts of physical and mental abuse such as hitting and taunting, but there is another type of domestic violence where both specific acts are associated with one another and it often leads to the ultimate breakdown of a victim. It is called false imprisonment in domestic violence and is one of the most common criminal offenses in North Dakota.

What is false imprisonment in domestic violence?

The North Dakota Revised Statutes defines false imprisonment as the “unlawful violation of the personal liberty of another, and consists of confinement or detention without sufficient legal authority.”

Basically, it is when you detain or confine a person against their will and without proper legal authority which is the lawful powers of the government. False imprisonment is known to cause such traumatic stress to the victims due to the solitary and the feeling of helplessness it generates. And it is not bound to physically forcing a person inside a room or a cell. Threatening someone of hurting them if they go out or do things can be labeled as false imprisonment.

Abusers often use imprisonment to hurt or produce paramount control over their victims. It is false because it violates the freedom of a person, especially if they are not guilty of any wrongdoing.

Unlawful imprisonment happens all the time on many domestic violence cases and many defendants are not aware that they are doing it because they think that simply not allowing a person consistently is not constituting a crime.

What are the penalties for false imprisonment in domestic violence charges?

Anyone who is found guilty of false imprisoning someone, including family members, will face a gross misdemeanor charge. This comprises of at least a year behind bars and fines of $2,000.

When the false imprisonment in domestic violence was carried out with the use of deadly weapons, the defendant can be convicted of a category B felony which has a prison term that ranges from one to six years.

Now if the falsely imprisoned family member was used by the defendant as a human shield during the arrest, a category B felony with 15 years of maximum prison time should be in order.

Aside from these charges, a person found guilty of committing false imprisonment in a domestic violence setting will have to pay for the restitution of the victims to help for their recovery.

How do I defend myself?

The best way to take on false imprisonment charges in domestic violence is having a reputable legal defense representing you. With one, you can formulate your defenses and the remedies that you can take to acquit you or relieve you of some heavy charges.

First of the defense that you can use is that there is no false imprisonment. You can prove this through certain pieces of evidence such as surveillance footages that show how free the victim is at the time of the supposed false imprisonment under domestic violence. Another defense is that there is consent from the victim. It might be a little unusual but there can be instances when a family member agrees or even asks to be confined for their own safety or other personal reasons. Self-defense is also a strong counter-argument that you can use. You can say that it is the alleged victim who is actually the domestic violence perpetrator and you are only confining them so you can keep yourself and other family members safe.

If you are a parent, you can use your rights as one to defend yourself. You can simply state that you are only disciplining your child and it had never bordered to unlawful imprisonment or any type of abuse. You can provide credibility to this claim by showing that the child has no traces of physical or mental stress on them.